A Piece of the International Motorcycle Show in Long Beach

Sure, I only went to the Friday evening glimpse and missed the all-day weekend affair, but the show's attraction nowadays for me are the bikes.  The classes don't sing to me; the attempt at reaching a female audience is gone.  I was in good company Friday, so what more can you ask for?  I call this a piece because a journalist and avid photographer I am not.  There's much to be desired in my photos, lots of bikes missed, but hopefully enough to be mildly entertained.

The vintage section is always an attraction for me.  Local enthusiasts lend their bikes to the show and idle nearby to chat you up happily about their machines.  For example, this enthusiast lets his wife travel in a style more plush than I've ever witnessed before on a bike.  Imagine what this sidecar could carry in Vietnam?  The possibilities are endless if you've been to any number of motorcycle-riding Asian countries or have seen the motorbike photos in "Beasts of Burden." 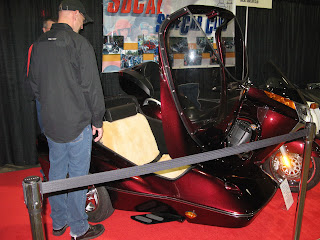 And then there's a collection of Honda's I'd love to have, minus the 80's models.  There's just something about the 80's that was terrible to cars, motorcycles, and interior design.  I just can't find anything in my heart to love about it. 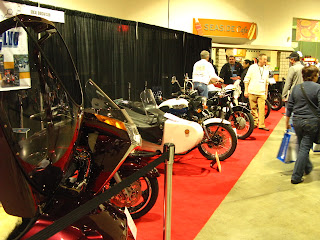 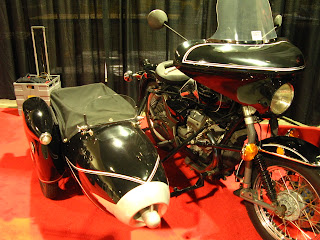 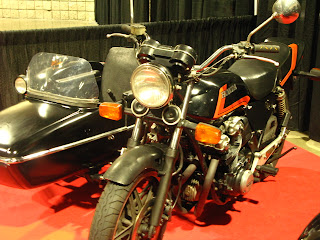 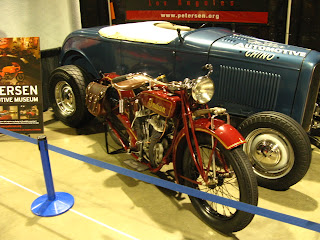 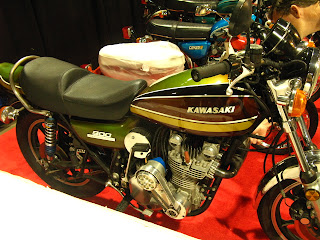 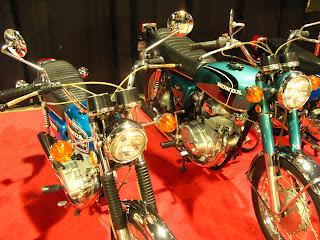 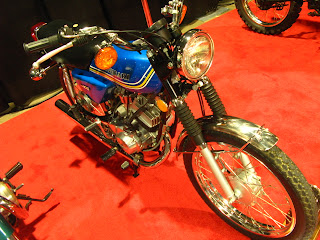 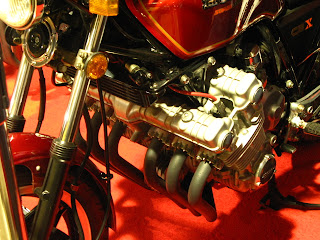 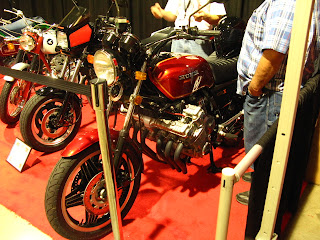 And of course the bike build sections.  The first one below here had a lot of work put into it.  I'll politely leave it at that. 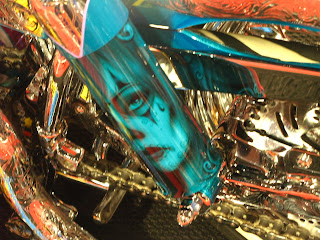 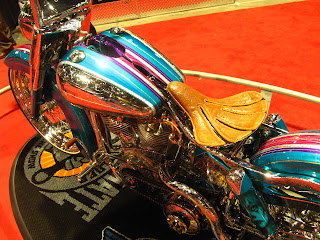 Of course like the stereotypical woman who's attracted to all things flashy, this one caught my eye.  I've never met an exposed metal surface on a bike I didn't like (chrome doesn't count).  The peep show windows into the inner workings of the bike were interesting touches, but I think the exhaust is distracting to the design as a whole. 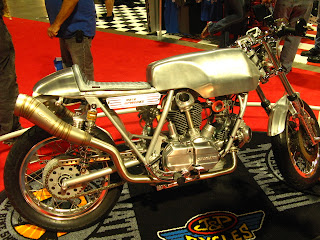 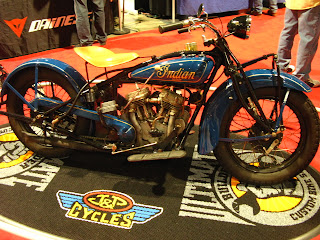 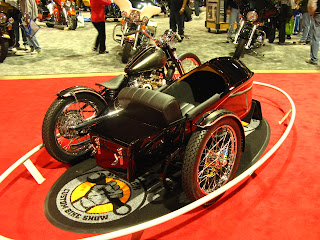 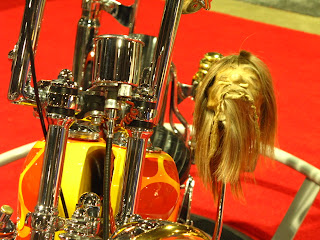 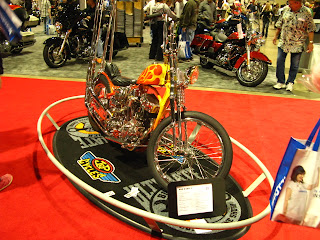 The revamped 2013 Honda CB1100 doesn't quite do much for me.  It's got 80's styling on the tank and wheels, and if it was aiming to mimic the latest cafe trend or vintage CB750 styling, it falls short.  I don't think hipsters would appreciate the styling or the $10,000 price tag.  Maybe a more vintage vein in the styling category and an engine in the $7,500 price range would be a better fit.  Time will tell. 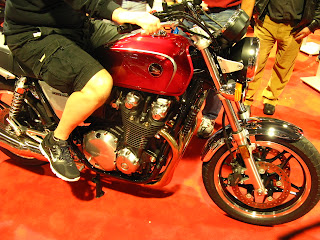 Thankfully it's called a Goldwing F6B and not just F6B.  The name is a bit odd.  I am not much of a cruiser type and don't understand this bike much, so I cannot appreciate luxury in a bike like the 50-something male.  But in jest, I can make jokes like 'look at the backyard on this one...' and get a laugh out of a bike with an actual keyed entry to a trunk.  A trunk.  I'll stick to my iPod and panniers, thanks, but if you want everything but the kitchen sink (Blu-Ray player and nav), this enormous bike is for you. 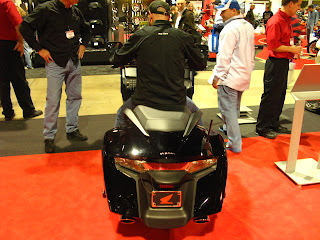 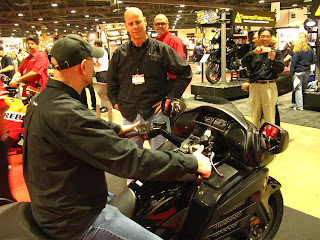 What wasn't photographed....Harley's extensive revamp of their bikes and pretty obvious attempt to cast a wide net for a greater audience after being punished in the market for the past couple years.  Hipsters, ladies, "cafe" guys, older men all waiting in the wings to talk to you about owning a Harley.  What they should have offered instead of a yearlong membership in their rider's club was their riding class.  Maybe that is included and not advertised, but buying a $12,000+ bike as your first ride leads to its challenges and disappointments.

BMW's revision to the F650GS and its replacement, the F700GS, was interesting.  I love my blue Beemie and wouldn't rush out just yet to replace her.  If I did, it would probably be the F800GS.  Interesting changes to the F700GS that caught my eye were the hand controls on the bars.  Completely revised = good.  Overly simplistic looking = meh.  I myself wonder if I can hit the horn in time if I need it due to its strange placement on the controls.  The kill switch on the turn indicators was also something I've complained about.  Well, my prayers were answered with the redesign, just not fashionably so.  A single toggle switch operates both turn indicators and the off button.  The controls seem to have the ease of my old 200cc Honda back in the day.  I like it, and because I love the bike so much, don't mind function over form in this case.  Minor annoyance for me.  Haven't ridden one, but maybe on my next visit to Irv, I'll test it out.